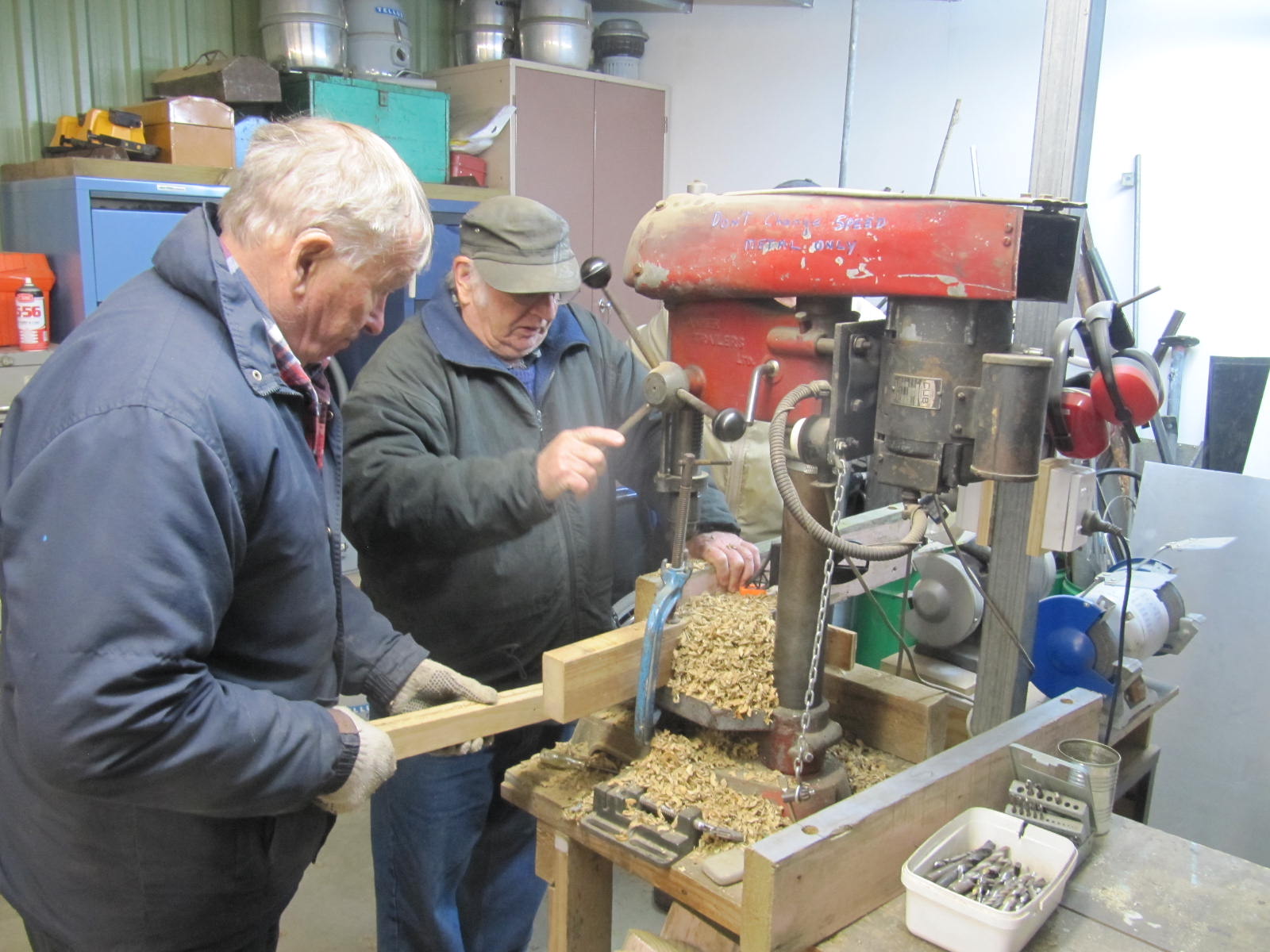 We are a typical Menz Shed with space and equipment for a range of activities including wood-working, metal-working, wood-turning and carving. The background of our members is equally diverse with representatives from most trades and professions and many walks of life.

Apart from doing their own projects, members are also kept busy with projects from the community and individuals that are brought in from time to time. These include such things as repairing toys for pre-schools, making items for disadvantaged families, making wooden toys for the Salvation Army to distribute at Christmas and repairing items that are usually discarded in our throw-away society.

A major part of our activities is the chance for members to rub shoulders with like-minded and not-so- like-minded people and enjoy the social interactions involved. Keeping busy with such activities also contributes to members’ health and well-being, even if they do not notice it! 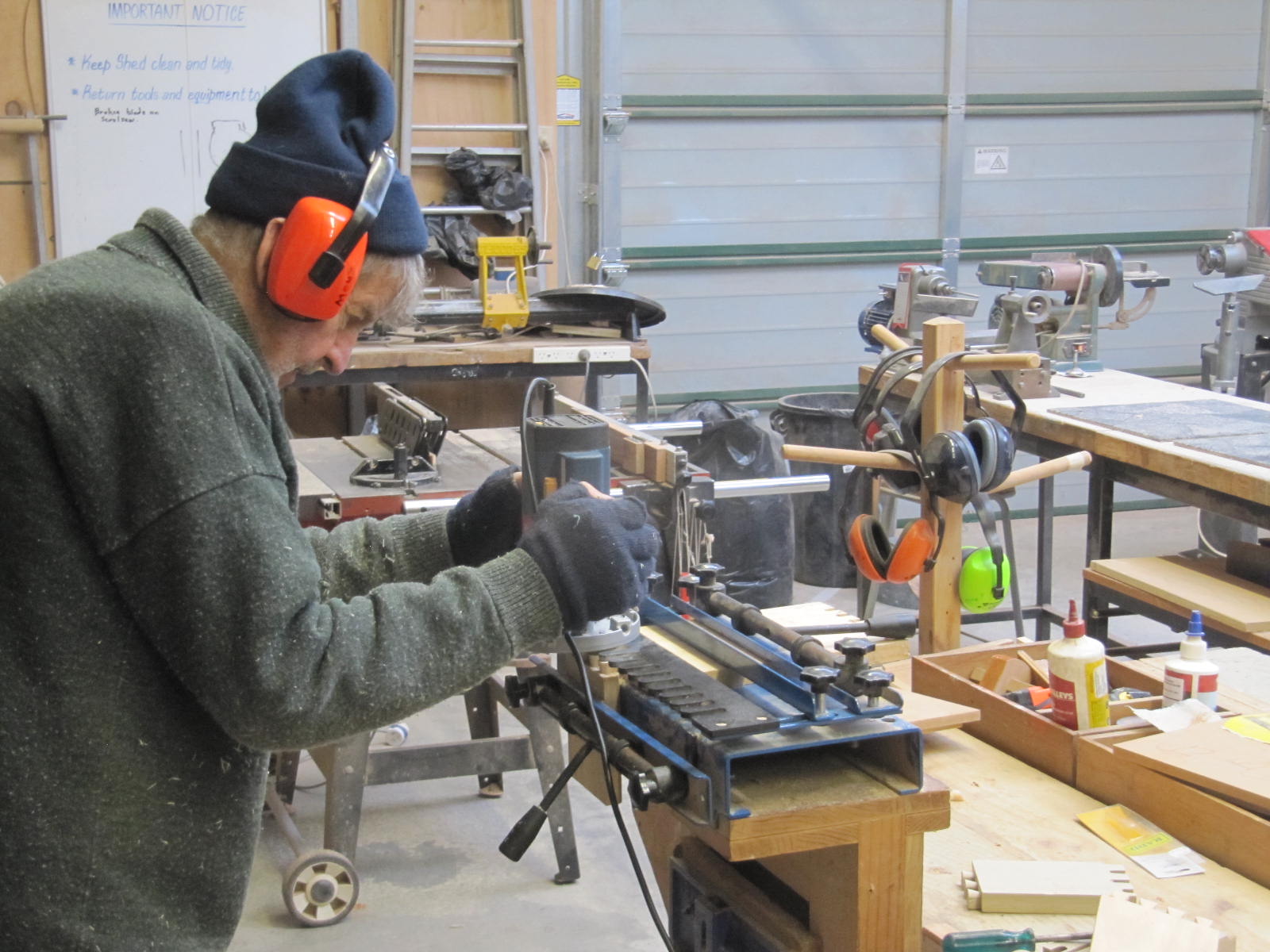 In 2008, Hutt City Councillor, Barbara Branch raised with Council officers the need for a focus of activity for men, more warranted as women usually had more social contacts that they had developed through their life. She had come across the idea of Men’s Sheds that was taking off in a big way in Australia and thought it would be an asset for men here.

Meetings about this idea led to a committee to investigate how this could be done and eventually a temporary Shed was set up in the old Fiat Garage behind the Full of Beans cafe in Naenae in 2009. Repairing this venue, clearing it of rubbish and filling in the mechanics pit kept us busy until the cost became too much and another temporary venue was needed.

This led to joining the Wainuiomata Shed in a former Intermediate School for a year until we managed to raise enough funding to build the present Shed in Treadwell St on Mildenhall Park with the blessing of the Hutt Council. We were able to return to this permanent home in the middle of 2012. Since then the number of members has grown steadily and more space was required.

Again, grants from various bodies and significant contributions from members has meant that an extension could be completed in 2016. Now we have filled all the ground available and to cope with increasing membership, we have needed to open more frequently during the week. We have also started to achieve another of our aims to get younger members so that skills can be passed on and not lost to modern youth.

Thank you! Your submission has been received!

Oops! Something went wrong while submitting the form